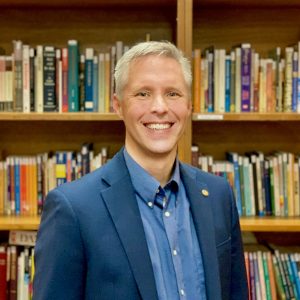 Greg was called to serve as Pastor of TCM from the United States in May 2020 and arrived during the Covid lockdown in late October 2020.

Greg is married to Laile and they have two sons.  In addition to outdoor activities like camping and hiking with his family, he enjoys running.  When he has free time, he likes to read history, Christian biography, and especially Puritan classics.  He enjoys exploring historical sites significant to Christianity around the UK.

Greg holds an M.A. in Theological/Biblical Studies from Talbot School of Theology, Biola University and an MDiv. from The Master’s Seminary in Los Angeles, CA. 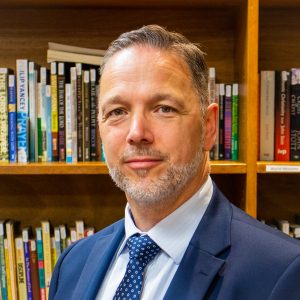 Ian came to TCM in 1998 and became an elder in 2008. He currently has oversight of the Finance, Digital/Social Media, Audio-Visual, Fabric, External Facilities, Cleaning, Men’s and Young People’s (Pursuit) Ministries. He also leads the Potterhanworth Housegroup and occasionally performs other ministries including preaching.

Ian is a management consultant. He is married with 2 grown children and enjoys exercising, walking, reading and playing chess and golf (badly, in the case of the latter!). 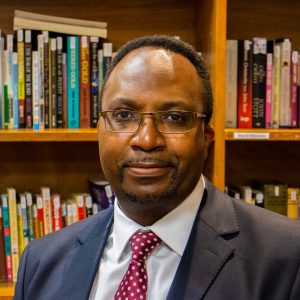 Rodger came to TCM in April 2004 and served as a Deacon for 4 years heading the Care Team, Global Mission Team, Social Events Team and the Resources Centre.

In 2009 he was recognised as an Elder. For just over 11 years, he was also the Doddington House Group leader until December 2020. Rodger loves listening to Christian Music and enjoy gardening. 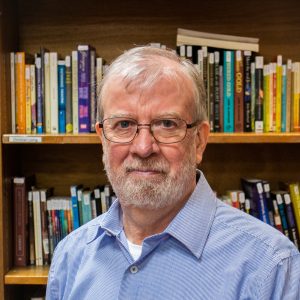 Alan arrived in Lincoln in the summer of 2013, having retired from teaching. He became an Elder at TCM in 2017, and has oversight of various ministries, including Administration (with fingers in a number of pies!), Children’s and Youth Ministry, and Women’s Ministry. He is the leader of a house group, leads services, preaches occasionally and is also the Appointed Person for Marriage registration at TCM.

He is married to Wendy and they have an adult son. He is interested in languages and the origins of words, so enjoys reading and getting to grips with the language of the Bible. He enjoys holidaying abroad with his family, and likes to have a go at the local language with varying degrees of success. He enjoys a variety of sports – nowadays from the stands or sofa! 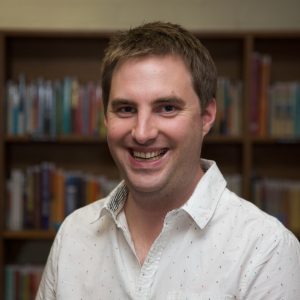 Mark moved to Lincoln in 2002 to study at University and soon became settled at TCM. It was whilst studying that he met his wife, Ruth and together they made Lincoln their home.

Mark became a Deacon in 2010 and has oversight for the Music Ministry. He regularly leads worship as well as being one of the service leaders.

Mark and his wife have two young children. He is a keen musician, never being too far away from one of his guitars. He enjoys music, running and supporting the mighty Chester FC! 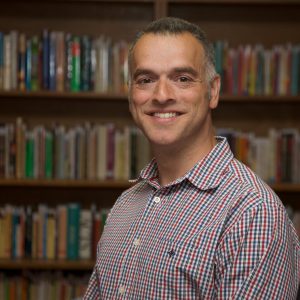 Bob came to the Lincoln area in 2007 while serving in the RAF.  Soon after arriving he and his family joined TCM.

He has served in a number of ministries and is currently one of TCM’s deacons with the responsibility of leading the young adult ministry (PURSUIT) with his wife Kate.  Bob & Kate have teenage girls, he likes to row to keep fit and struggles on a daily basis to discipline his pet beagle. 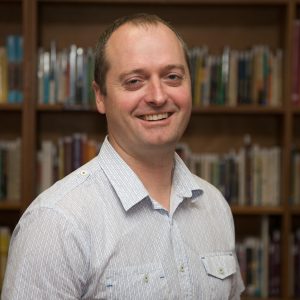 Richard started coming to TCM in October 2001 and began serving as a Deacon in 2012. He currently leads the Finance Team, which is a small and faithful group of 5 members.

Richard married Cara in 2003; they have 3 children.  He works in the construction industry as a Commercial Manager for a local firm. In his spare time he enjoys cycling and supporting his children in their sporting activities. 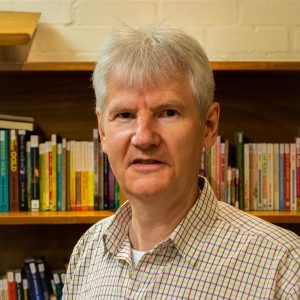 Phil became a member of TCM in 2002 and joined the diaconate in 2020. He enjoys serving as part of the Stewarding, Audio-Visual, Finance and Care teams, and routinely leads the Sunday service.

Phil is married with a son, two young grandchildren and an affectionate cat (especially when food is around). He enjoys walks in the countryside, spending time with his energetic grandchildren and chilling out with his wife in his favourite coffee shop. 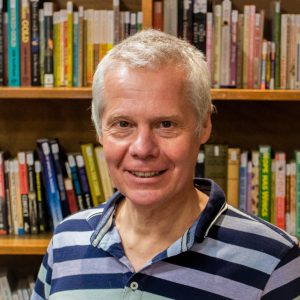 Keith has been at TCM since around 1985, he married Janice in 1989. They have 3 grown up children, who were all dedicated at TCM. Keith has been on the Diaconate since the 1990’s.

Keith is responsible for the AV team at TCM. Keith leads a team that helps to make services and events run smoothly. Making sure the worship and preaching at TCM are audible and sounding their best, as well as making sermons available to everyone. Keith has a passion for youth work, evangelism and seeing God build his Church. 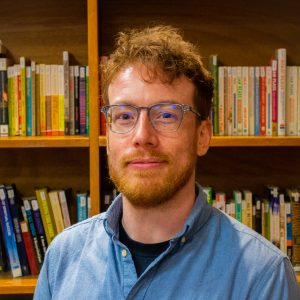 Tim became a Christian at the age of 11 after a group of Christian American Football players did a gospel event with his Primary School Christian Union. He’s been coming to TCM since he arrived in Lincoln for Uni in 2006.

He serves as one of the deacons at TCM overseeing the mission team with Judith and Rodger. They support Ministries both in the UK and across the world.

Tim is also one of the senior stewards on the welcome team, part of the AV team and men’s ministry, a co-leader of the children’s 5 to 7s group on a Friday night and helper with that age group in Sunday school. He also helps to lead central house group alongside Tom Anderson. 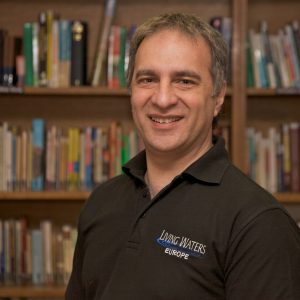 John joined TCM in 2013 and became a deacon in 2016.  He oversees the evangelism, apologetics and training ministries.  John is also the Director of Living Waters Europe since 2013.  He was originally trained as an Analyst Software Designer using at least half a dozen different computer languages and run his own IT business for over 23 years.  John is an international speaker at conferences as well as churches throughout the UK and teaches monthly classes in apologetics. He regularly leads street teams in open-air and one-to-one witnessing around the UK.  He has been hosting the yearly European Living Waters Ambassadors’ Academy since 2016 in France and the UK.

John is married with 3 children and currently has 7 grandchildren.  John’s main passion is to study apologetics, teach and equip Christians to fulfil the Great Commission. 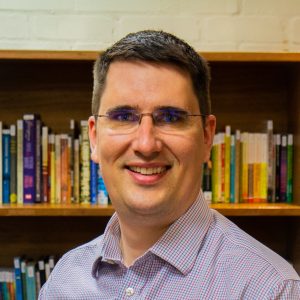 Huw came to Lincoln in 2002 to study at Bishop Grosseteste College and quickly settled at TCM. Whilst at TCM he met his wife Jen, they married at TCM after graduation and have made Lincoln their home.

Huw is the deacon with oversight of the Welcome Team and has previously served as part of the student and youth ministries. He also enjoys writing and hosting quizzes at TCM, having done this for over 10 years.

Huw and his wife have 2 sons and he can often be found in the stands at Lincoln City cheering on the Imps with his eldest son. 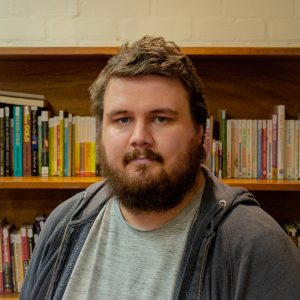 Ben has been attending TCM most of his life and joined as a member in 2015 and joined the diaconate in 2021.

Ben is responsible for the Digital team at TCM, he oversees the website, social media and digital content the church produces. He also serves on the AV and External Facilities teams.

Ben is a software developer, if he’s not at work or church you’ll most likely find him playing with some kind of new software or gadget. 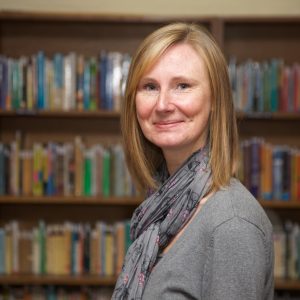 Helen leads the admin team at TCM, She is responsible for keeping everything at TCM organised. 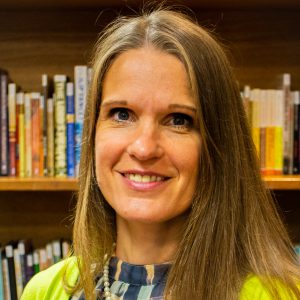 Inga is the caretaker at TCM, she is responsible for keeping the spaces we use clean, tidy and ready to use.